Today we’d like to introduce you to Jessie Smith.

Alright, so thank you so much for sharing your story and insight with our readers. To kick things off, can you tell us a bit about how you got started?
From a young age growing up in Boston, I always loved to film and document life. I first began creating home videos of my family with my dad’s camcorder in 3rd grade and loved making silly videos with my friends. I still have boxes full of High 8 and Mini DV tapes in my closet. After earning degrees in Media Communications and Spanish at North Carolina State University in 2004, I began my career in video production working as an editor and camera operator on a cooking show in Raleigh, NC… 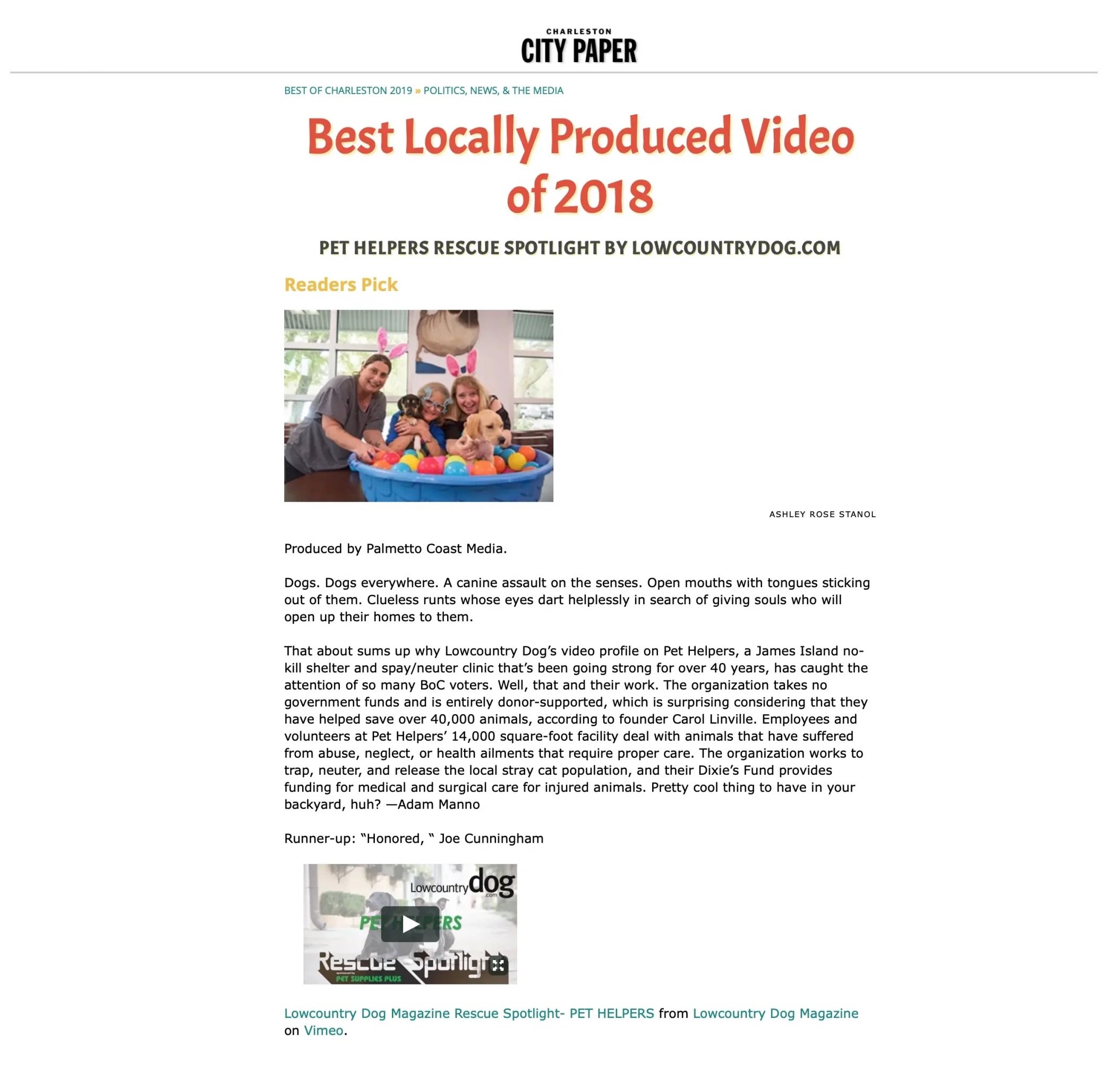 Dogs. Dogs everywhere. A canine assault on the senses. Open mouths with tongues sticking out of them. Clueless runts whose eyes dart helplessly in search of giving souls who will open up their homes to them.

That about sums up why Lowcountry Dog’s video profile on Pet Helpers, a James Island no-kill shelter and spay/neuter clinic that’s been going strong for over 40 years, has caught the attention of so many BoC voters. Well, that and their work. The organization takes no government funds and is entirely donor-supported, which is surprising considering that they have helped save over 40,000 animals, according to founder Carol Linville. Employees and volunteers at Pet Helpers’ 14,000 square-foot facility deal with animals that have suffered from abuse, neglect, or health ailments that require proper care.

“Give Me Shelter” is a 13 x 30 series about life at Pet Helpers, a rescue shelter in Charleston, SC. The series is produced by Bruce Frigeri and Jessie Anderson-Berens, with Anderson-Berens directing all 13 episodes. “Give Me Shelter” is already a hit in several major international territories, including the UK. “We were always convinced that there was an audience for this kind of authentic, heartfelt, reality programming,” said Frigeri. “Our popularity in the UK only reinforces this point and now we get a chance to really make a statement here in the U.S. too. And kudos to Nat Geo Wild for stepping up to the plate for this kind of programming,” Frigeri added. 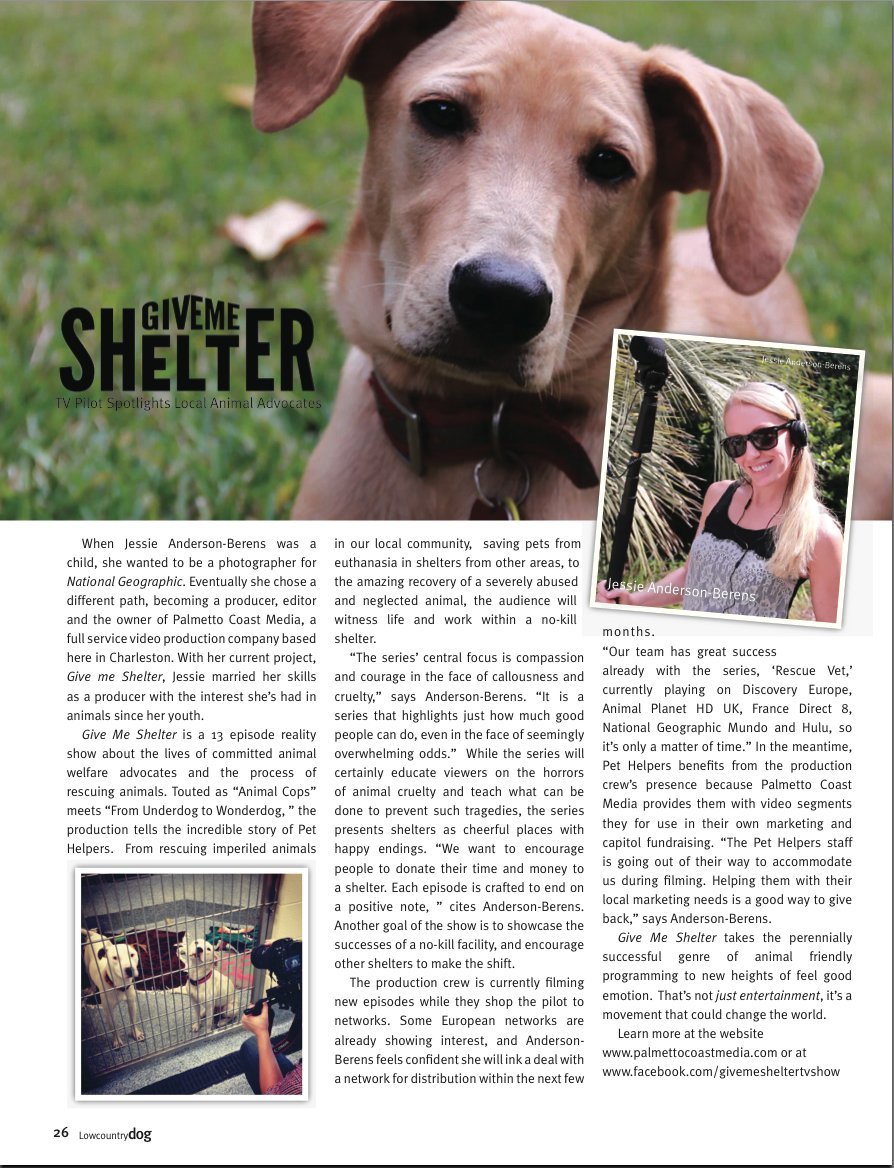 Meet the dedicated staff and volunteers who help save thousands of animals on the series premiere of Give Me Shelter. Pet Helpers, a non-profit animal shelter based in Charleston, SC, works day and night to help keep animals safe. From disturbing situations to positive outcomes, follow the daily life of a shelter that helps create a better community and serves as a powerful reminder of why giving back is important.

Give Me Shelter airing on Discovery EMEA

‘Animal Cops’ combines with “From Underdog To Wonderdog’ to tell the incredible story of the ‘no kill’ Pet Helpers Animal Rescue Shelter in Charleston, South Carolina. ‘Give Me Shelter’ is a show about compassion and courage in the face of callousness and casual cruelty inflicted to abandoned and mistreated animals. These incredible helpers will do all they can to prevent these poor creatures being put down. Highlighting just how much good people can do, even in the face of seemingly overwhelming odds, ‘Give Me Shelter’ is a show about the hero that resides in each of us.

Provided by Palmetto Coast Media ‘Give Me Shelter’ a docu-series about the James Island-based animal shelter Pet Helpers, was filmed in 2012 and 2013 and airs nationwide on Nat Geo Wild next month. The series was shot over a year and a half and contains 13 episodes.

Each episode focuses on two story lines, ranging from high-risk rescues to treating medical conditions and many other daily challenges that face a no-kill animal shelter and medical clinic that has limited space and resources.

Local no-kill animal shelter Pet Helpers is hitting the reality show circuit on Give Me Shelter produced by local company Palmetto Coast Media. The show focuses on Pet Helpers and their no-kill approach, following the organization’s efforts to adopt the animals they care for into “forever homes.” The show will cover the shelter as a whole, but the first two episodes zero in on a couple of specific animals, including one who came to the shelter flea-ridden and unable to open his eyes. The episode follows his journey back to health all the way through to his adoption.

Top Chefs and their Top Dogs, Give Me Shelter, Opening our Eyes to Animal Abuse, Adopathon, Preventing Infectious Diseases, Trips with Pets

Local adoption center and spay/neuter clinic Pet Helpers will be featured in a Discovery Channel reality series called “Give Me Shelter,” set to air in the spring. Local company Palmetto Coast Media is producing the series, which follows Pet Helpers staff as they “rescue animals from around the state, trap, neuter and release feral cats, perform life-saving surgeries and build fences for previously chained dogs throughout the Lowcountry.” “I have lived near Pet Helpers for eight years and watched it grow from a small house to a larger facility,” Jessie Anderson-Berens, director and producer of “Give Me Shelter,” said the press release. “It’s really exciting to see how much Pet Helpers, a no-kill shelter that operates … through donations, has accomplished over the years.” Anderson-Berens and her team began filming in August 2012, creating two episodes to shop to networks domestically and internationally. They returned to Pet Helpers this month to shoot the remainder of its 13-episode season. The 13-episode season was picked up to air in Japan and across Europe into parts of the Middle East and Africa, according to the release from Pet Helpers. There’s no word on when or if the show will be aired locally. For more on the show, go to www.facebook.com/givemesheltertvshow.

Pet Helpers is the latest Holy City entity to secure a spot on a reality television show. As the Charleston City Paper first reported, the rescue and adoption center will be the subject of Give Me Shelter, which was produced by local production company Palmetto Coast Media. The Discovery Channel will be broadcasting the show internationally, but sadly, the show has not yet been picked up by a U.S. network. The show should air in foreign markets next spring or summer. The show’s Facebook page says viewers can expect to see rescue runs to save animals, adoption events and the private thoughts of the characters over the course of the series.

The show immerses the viewer into the challenges that Pet Helpers on James Island faces everyday as a “no-kill” animal shelter. “Animal Cops” combines with “From Underdog To Wonderdog” to tell the incredible story of the Pet Helpers Animal Shelter in Charleston, South Carolina. “Give Me Shelter” puts the audience in the middle of this dynamic organization. From rescue runs to saving imperiled animals, to successful adoption events, to the private thoughts of the characters, the audience will intimately experience life at a “no-kill” rescue shelter. 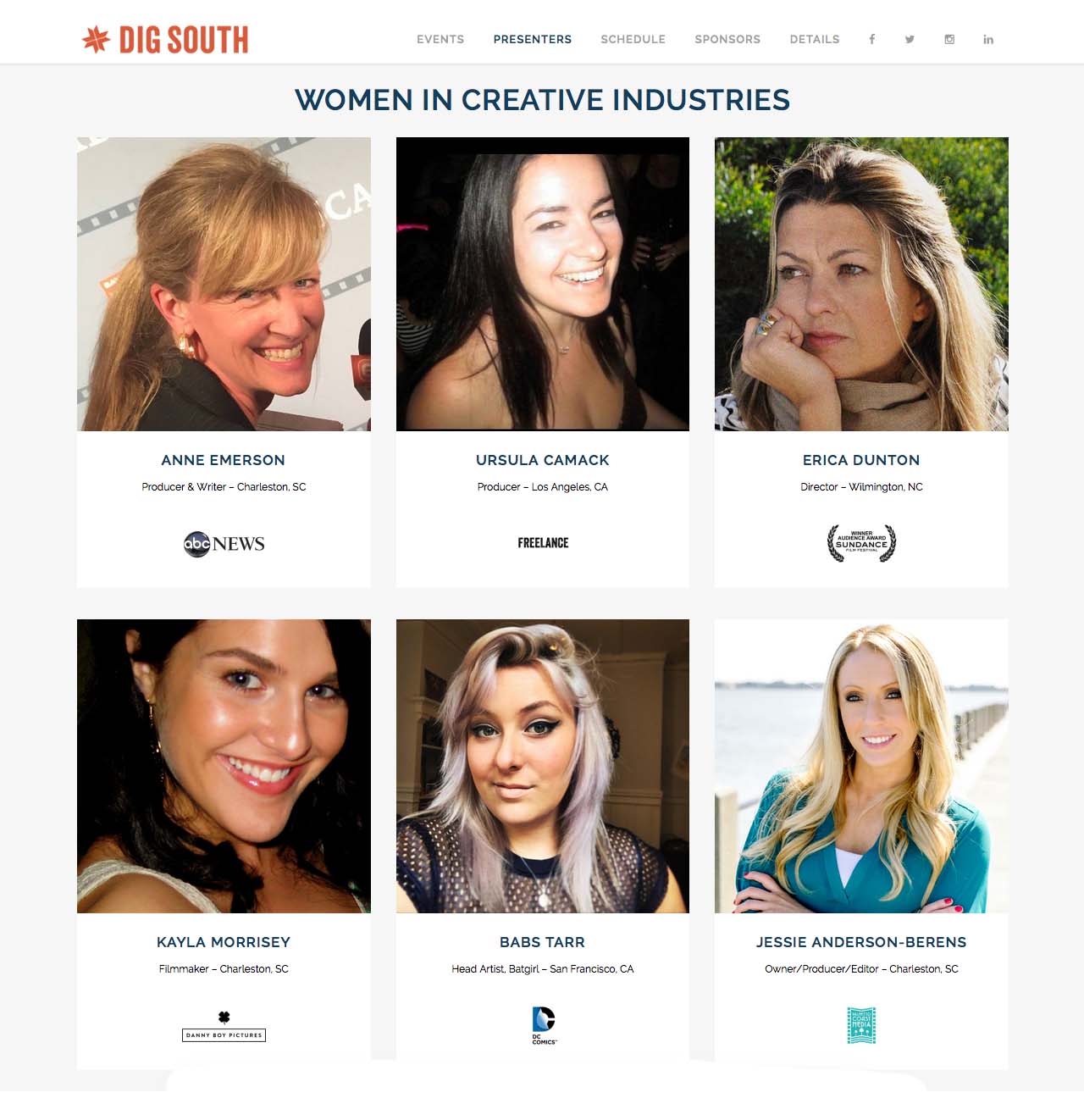 Palmetto Coast Media’s Jessie Anderson-Berens has been named an offical presenter at this year’s DIG South Conference. DIG Create series is the world’s greatest assemblage of creative talent ever gathered at Cinebarre during the DIG Conference, a remarkable group of creatives with a litany of accomplishments.