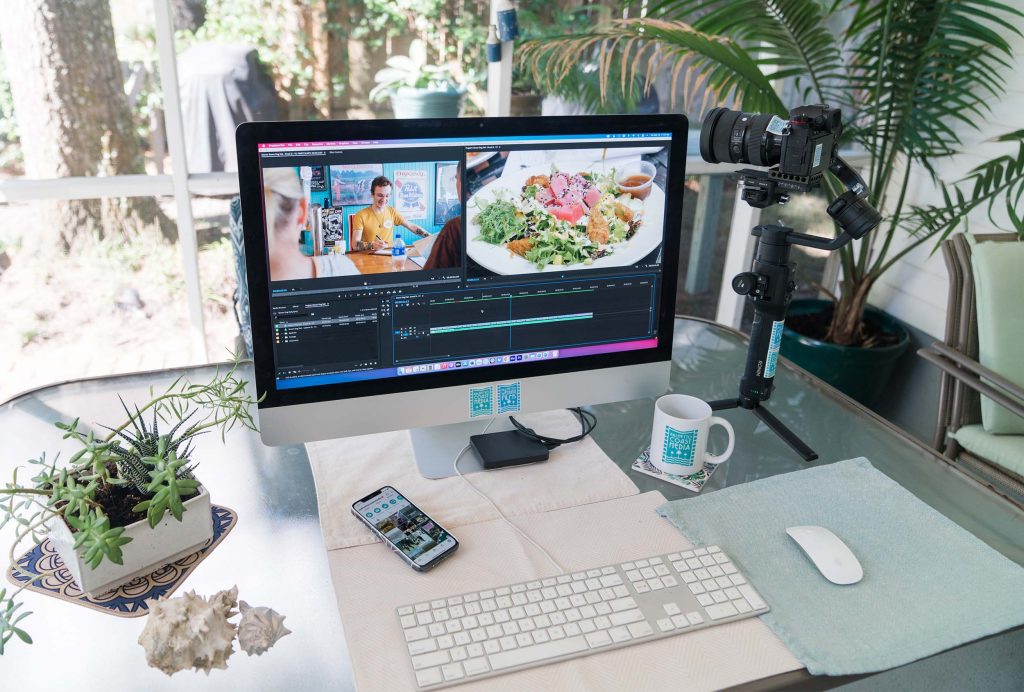 We are a video production company based in Charleston, South Carolina. Our team is experienced in effectively communicating your vision through stunning footage. From concept to final product we carefully curate the images, sounds and messages that best represent your brand. When we work with our clients our goal is simple: create beautiful videos that help tell a story. Your organization is unlike any other. With that in mind we work to learn what makes your organization unique, what your goals are and what story it is that you want to tell. 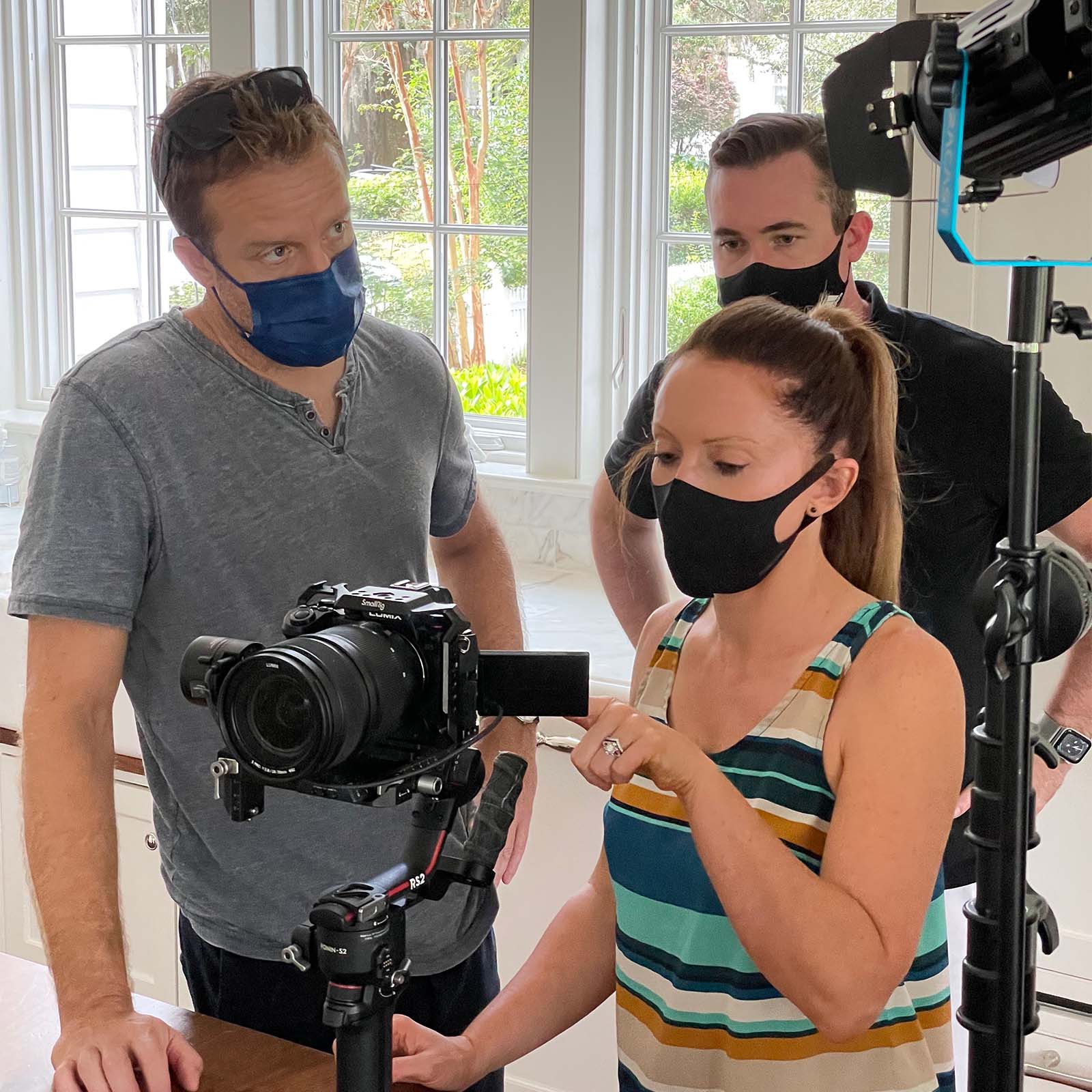 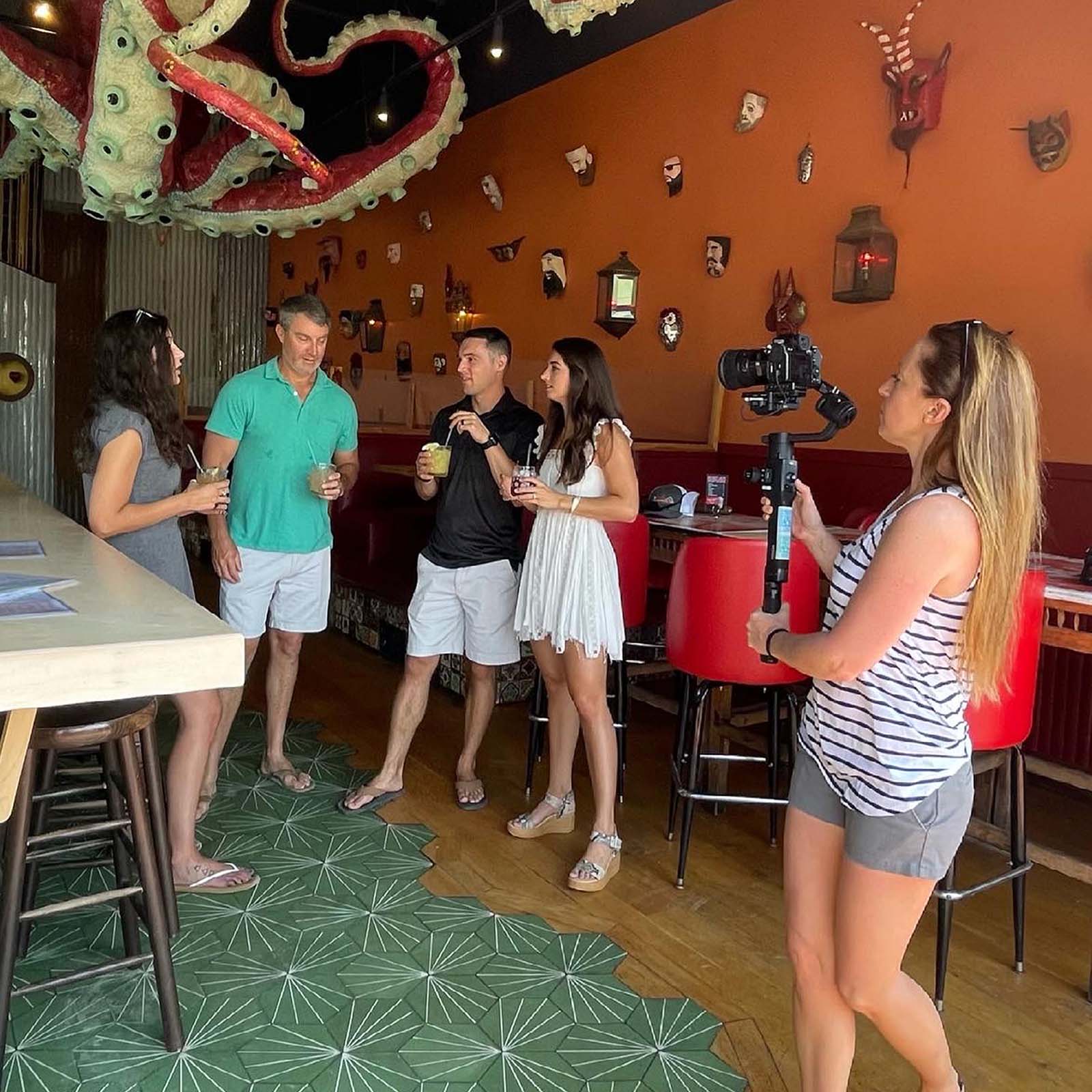 From a young age growing up in Boston, I always loved to film and document life. I first began creating home videos of my family with my dad’s camcorder in 3rd grade and loved making silly videos with my friends. I still have boxes full of High 8 and Mini DV tapes in my closet.

After earning degrees in Media Communications and Spanish at North Carolina State University in 2004, I began my career in video production working as an editor and camera operator on a cooking show in Raleigh, NC.

In 2005, I moved to Charleston, SC where I began working as an editor and producer for Litton Entertainment (now known as Hearst Media). Over the course of several years, I worked on a variety of nationally televised docu-reality TV series, including Dog Whisperer with Cesar Millan: Family Edition, Calling Dr. Pol, The Brady Barr Experience, The Great Doctor Scott, Chicken Soup for the Soul: Hidden Heroes, Exploration with Richard Weise, Animal Exploration with Jarod Miller, and Hometeam.

In 2011, I founded Palmetto Coast Media and began creating videos for businesses and events all over Charleston.

In 2012, we co-created, co-produced, directed, filmed and edited a docu-reality TV series called “Give Me Shelter,” featuring the Charleston-based animal shelter Pet Helpers. The series aired on Nat Geo Wild, Nat Geo Mundo, Hulu and Animal Planet in over 100 countries.

In 2019, a promo video we created for Pet Helpers was voted by locals as Best Locally Produced Video in Charleston City Paper. What an honor that was to receive so much love and support from the community!

It has been an exciting journey to work with so many incredible clients and partners over these past 11 years and we can’t wait to serve more of you!

We are a video production company based in Charleston, South Carolina. Our team is experienced in effectively communicating your vision through stunning footage. From concept to final product, we carefully curate the images, sounds and messages that best represent your brand.

Video is the perfect medium to establish a visual brand for your business, restaurant, or organization.

Make your event even more memorable by bringing Palmetto Coast Media in to capture all the details.

Your food is delicious and deserves to be highlighted! Work with Palmetto Coast Media to create stunning video content that showcases your food, drinks, and atmosphere.

Have an idea for a TV series? Our content has aired on Nat Geo Wild and Animal Planet.